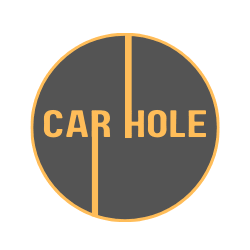 You might not know this, but there was about an eight-year period in the early 2000's during which Audi lost their fucking minds. It was rad. The seeds of their mental decline actually took hold a few years prior, when in 2003 they stuffed a 450 horsepower twin-turbo V8 into what was basically a Volkswagen Passat with leather seats and wood trim. I've thrown in a link below about this, the 2003-only Audi RS6, because it's aging quite well (on the inside at least), and it paved the way for Audi's batshit crazy move in 2007. That was the year they released the Audi S6 sedan with a 5.2-liter V10 from the Lamborghini Gallardo. It's true, BMW did also have a V10 in their M5 at the time, but that is a full-blown M car, whereas the "S" cars from Audi are the middle tier of performance, between the base model "A" cars and the all-out performance "RS" models. Imagine ticking an option box for "Performance Package" and a V10 gets dropped into your 2007 Toyota Camry. This is that crazy. Nevertheless, they ran this 435-horsepower motor in the S6 until it was phased out in 2011 and replaced with an all-new 4.0-liter twin-turbo V8 in the 2013 model. Zees particular Germans don't usually throw down like this, but 2003 - 2011 was an unquestionably pivotal period, not just for Audi, but for their rivals as well. There will be more Car Holes from this period, but for now, let's drive deep! 👇 ***If you enjoy these links, click the share button up there ↖️ to send Car Hole to a friend!

Drive deep into cars with this weekly link digest that explores automotive news, models, brands, and culture. Subscribe with your email to get new Car Hole link digests in your inbox.
Powered by NodCards
/carhole